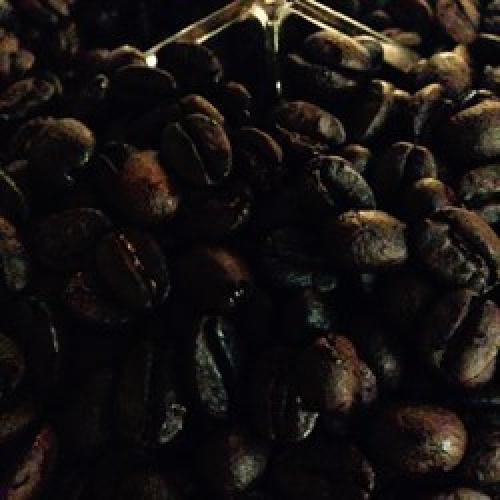 History of our El Salvadorian Coffee

Coffee was first cultivated in El Salvadorfor domestic use early in the 19th century. By mid-century its commercial promise was evident, and the government began to favor its production through legislation such as tax breaks for producers, exemption from military service for coffee workers, and elimination of export duties for new producers. By 1880 coffee had become virtually the sole export crop.

El Salvadorbecame one of the most efficient coffee producers in the world, partially due to its lack of help financially from external sources. This was especially true on the large coffee fincas, where the yield per hectare increased in proportion to the size of the finca, a rare occurrence in plantation agriculture. The effect of coffee production on Salvadoran society has been immeasurable, not only in terms of land tenure but also because the coffee industry has served as a catalyst for the development of infrastructure (roads and railroads) and as a mechanism for the integration of indigenous communities into the national economy.

History of the Monte Sion Estate

The Monte Sion estate was set up by the ArrutÃƒ?Â­a family in 1906, and is still run today by Dr. Luis ArrutÃƒ?Â­a and his wife. Monte Sion are dedicated to not only growing great coffee, but to the social implications as well. In 2001 Monte Sion invested in becoming Rainforest Alliance certified, henceforth growing all of its coffee under shade and within the existing ecosystem. Monte Sion operates with four key concepts in mind:

To promote educational, medical, social and environmental development
To improve the lifestyle conditions on our workers
To To continue being environmental friendly
To promote a sustainable coffee growing
Further to this Monte Sion was awarded with the distinction of being voted in the top ten certified coffees in the world by the SCAA in 2009, highlighting the exceptional quality of its coffee. On another note, Dr. ArrutÃƒ?Â­a has been officially recognized by UNICEF for the exemplary way he looks after his workers. Whereas most coffee workers will simply be paid for their work Monte Sion have invested in their workforce, offering free accommodation and incentives to the workers for putting their children through school. By offering each family a regular access to flour, rice and rabbits they have succeeding in eradicating child malnutrition in the region, which has been a major problem historically for El Salvador

All coffee grown at Monte Sion is the Bourbon varietal, one of the oldest and purest coffee varieties. Although not as high-yielding as other forms (e.g. Caturrai, Mondo Novo) Bourbon matures much slower, allowing for more flavour, sweetness and body to develop. This results in an amazingly complex coffee once roasted, with notes of caramel, butter, toffee, almonds, hazelnut, ripe fruit, maltiness, citrus fruit and chocolate.

All coffee on Monte Sion is shade grown, resulting in a slow maturation process that develops more saccharose in the bean, resulting in more cleanliness and sweetness. The coffee is also grown over 1400m, again meaning slower development but also making it less prone to attack by boring insects that can bring adverse flavours to the cup.